Chandrayaan-2 or Moon-vehicle is India’s second lunar mission after successful Chandrayaan-1 or Moon impact probe mission which famously discovered the presence of water on the Moon. Chandrayaan-2 is being Developed by the ISRO , to be launched via Geosynchronous Satellite Launch Mk II Vehicle which includes a lunar orbiter, lander and rover indigenously developed by India. ISRO is planning to launch Chandrayaan-2 by December, 2018 from Satish Dhwan space center located in Sriharikota in Andhra Pradesh.

Background : On 12 November 2007, ROSCOSMOS and ISRO signed an agreement to jointly work on Chandrayaan -2 , Indias second lunar mission where ISRO will develop the Orbiter and Rover and ROSCOSMOS will provide the Lander.

Mission was approved the mission by Indian gov’t, meeting held on 18 September 2008 and chaired by then PM Manmohan Singh. The design of the spacecraft was to be completed in August 2009. Although ISRO finalized the payload for Chandrayaan-2 per schedule, the mission was postponed in January 2013 and rescheduled to 2016 because Russia was unable to develop the lander on time. Roscosmos later withdrew after the failure of the Fobos-Grunt mission to Mars and expressed its inability to provide the lander even by 2015, India decided to develop the lunar mission independently.

Orbiter: 1 year which will orbit the Moon at an altitude of 100 km.
Lander: 14-15 days , it will make a soft landing to deploy the rover but it will not do any scientific experiments.
Rover: 14-15 days, weigh about 20 kg , will operate on solar power. The rover will pick up samples of soil or rocks, perform on-site chemical analysis and send the data to the orbiter above, which will relay it to the Earth station. 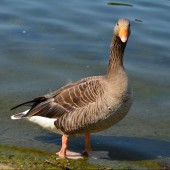 How ISRO is becoming the everyone’s favourite