Trim The Cyber Crime Down The Root.

Cyber Crime  A Modern Threat To Mankind.. — travel with this link to get a grasp of the definition of Cyber Crime.

In 2005, according to the FBI (Federal Bureau of Investigation) the following tools were the favourite among criminals: 1.Instant messaging ii) Chat iii) Payment system iv) Virtual private
Network v) Forum.

History tells the first recorded cyber-crime took place in the year 1820.This is not surprising considering the fact that the ABACUS, which is thought to be the earliest form of a computer, has been around since 3500 B.C in India, Japan and China. The era of modern computers, however, began with the analytical engine of Oharles Babbage. In 1820, Jooeph-Marie Jacquard, a textile manufacture in France, produced the loom. This device allowed the repetition of a series of steps in the weaving of special fabrics. This resulted a fear among the Jacquard’s employees that their traditional employment and livelihood were being threatened.They committed acts of sabotage to discourage Jacquard from further use of the technology.This is the first recorded cyber-crime.After that cyber-crime became a part of human life.

On September, 2003 a chechnyan separatist site, hosted in Lithuania wear attyacked by a computer hacker and made the publication of the site unavailable for several hours.

A DDOS attack occurred against the newspaper, Kommersant, On March, 2008, in Russia.

In the United States, November, 2008 a Trojan infected a portion of the pentagon’s computer Systems including some computer used by combat Troops in Iraq and Afganisthan.

In India the cyber-crime is expanding it roots in various small cites like Rewari, Hariyana.
Accordingly to one survey of India is ranked 10th all over the world in the rate of cyber-crime.

In 1983, a nineteen year old UCLA student used his PC to break into a Defence Department
Internationals Communications System.

And there is a lot of awful examples of cyber-crime which jotted the roof of the human civilization and made worst fear in men’s eyes.

Loss of revenue can be caused through identity theft, unauthorized access to important information like trade secrets and through scans in which the victims willingly pay for undelivered services.

Wasted time:- Many victims of cyber-crime waste a lot of time following up dead ends for things
Like take visas, take jobs and conferences, even take marriages (On line dating).

Cyber-crime affects the poor and rich people slightly differently poor people are vulnerable to on
Line exploitation that leads to evils like child labour, take visas, get rich quick schemes etc
On the other hand, the rich people are more vulnerable to identity theft and damaged reputation
It is shocking to know that in the United States alone 10 million people have been victims of
Identity theft that resulted in a direct financial loss of $ 50 billion.

To prevent cyber-crime network security has become the most discussed topic among all Computer enthusiastic and as well as a major concern in board rooms across the globe. But Is nearly impossible to configure a firewall or create a network, which is 100 percent fool proof Without compromising on the services that the network has on offer .And after all the computer Criminals have always try to be two steps ahead of crime fighting agencies and the targeted Criminals who eventually up feeling defenseless so it has now become imperative for everyone to be proficient in the art of hacker profiting. One should be able to pick up clues and first Identify the hacker’s profile and then understand the key role that identity plays and use real time intelligence to keep pace with the changing fraud landscape. And also he should build
dynamic, intelligence driven deference to manage his fraud risk.

Last but not the least we only can say that there is an urgent need for education of the masses Starting from the children, teenager the business community professional etc. Judges prosecutors and law enforcement Officers need to be sensitized about how to prevent and prosecute cyber-crime. And more attention should be paid to the next generation. Internet and development of security products.

In an era, where a single click of the mouse is potent enough to lead to a full-fledged attack, the increased security of One’s network is no longer a luxury that everyone enjoys but it has now Become a necessity. 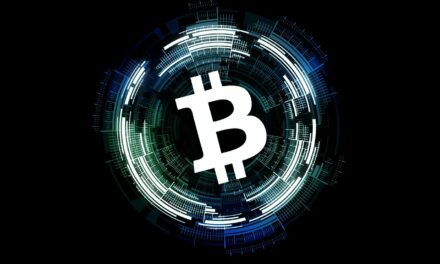